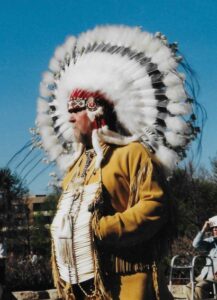 Like the founder of Boy Scouting, Lord Robert Baden-Powell, Tom O’Malley felt that camping is essential for youth to get the most out of their Scouting experience. Fittingly, Tom was the Camping Chairperson for the local Foxfire District encompassing the Aurora area for many years, and always felt that a Scout should be able to go to summer camp no matter his financial circumstances. This fund will help Scouts with financial concerns to do just that.

Tom O’Malley, known by his friends as “ Weasel”, was a long-time Scouter in the Aurora area. He was passionate about Boy Scouting and Native American culture, was a member of the Mascoutin Society, and was an East Aurora Sports Booster for decades. Tom was the Scoutmaster of Troop 22, located in Aurora/Montgomery, for 24 years. Tragically, he was struck and killed by a car after a Troop 22 Scout meeting in November of 2015. 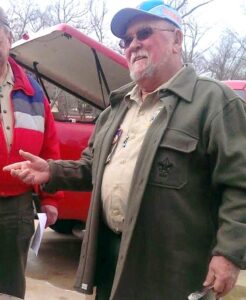 Tom was always busy and involved and found many ways to express his passions. He volunteered at the District and Council levels to promote camping. One of his most notable efforts involved using his cooking and organizational skills, along with his co-volunteers, to provide meals for young Webelos Scouts during Webelos Weekends at Three Fires Council’s summer camp, Camp Freeland Leslie. He and his crew did this for many years up to and including 2015.

Camperships will be available to registered Cub Scouts and Boy Scouts in Foxfire District Units. They are for use in District Cub Scout Day camps, Three Fires Council Webelos Camps, Boy Scout Summer camps, and Philmont ($250 maximum). Click below for a printable Campership Application.