“We are all storytellers. We all live in a network of stories. There isn’t a stronger connection between people than storytelling.”

We want this historical documentary to tell the tale of what Aurora Fastpitch softball meant to Aurora, and the impact of these teams was felt world-wide.
This story goes beyond softball, because these teams created excitement in Aurora. 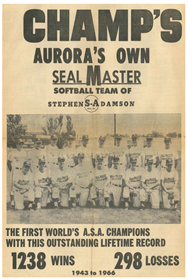 There is always a beginning and here is a snippet of what we have so far on the Aurora Fastpitch Softball Documentary: 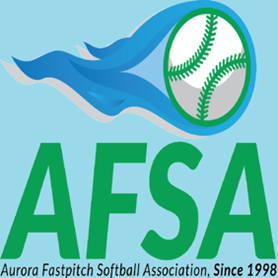 Fastpitch softball has been part of Aurora since the 1930’s. The game gained popularity in the city during the 30’s and 40’s in two recreational men’s leagues, The Aurora Industrial League, and The Aurora Protestant Church League. The game took center stage in town in the late 1940’s, when industrial conveyor manufacturing company Stephens-Adamson decided to sponsor and get serious about one of the teams from the industrial league, The Aurora Sealmaster Bearings.

S-A built the Sealmasters a stadium across the street from their manufacturing complex (aptly named Stephens-Adamson Field on Ridgeway Avenue, on the city’s near west side), and brought world class players to the team. In 1950, the team finished fifth in the nation, and by the mid 1950’s, had solidified their reputation as one of the best teams in the United States. The Sealmasters went on to win National Championships in 1959, 61, 65 and 67 and World Championships in 1966 and 1968.

Aurora Home Savings and Loan took over sponsorship of Aurora’s Major Men’s team in the 1970’s and 1980’s. In the 1970’s, the Savers finished second in the ASA Nationals for four consecutive years and won the International Softball Congress World Tournament (Tempe, AZ) in 1980.

Dolan & Murphy Real Estate has sponsored Aurora’s Major Men’s Team since 1988. Aurora has qualified for and played in the International Softball Congress World Tournament every year since 1994, which is a record. More recent highlights include a 12th place finish at the ASA National tournament in 2001 (Decatur, IL), a 17th place finish in 2007 (Kitchner, ON), and a 2nd place finish in the ISC II tournament in 2012 (Midland, MI).

In 1998, the Aurora Fastpitch Softball Association was established. The AFSA board wisely recognized that the women’s game was coming of age and could benefit from helping young women develop their game at a more competitive level.  Since adding the women’s teams to the already well-established men’s programs, the organization has grown to sponsor several girls travel teams (The Aurora Raiders).

In 2018, the AFSA began running a public recreational fastpitch league, open to men and women ages 16 and up. The league is a continuation of the previously mentioned Aurora Protestant Men’s League, which operated from 1931 – 2017.

William (Bill) Pfeiffer has been an Aurora resident for most of his life. Educated on the west side (District 129) and a West High graduate in 1965, Bill was very active in sports. As a senior, he captained the varsity football team and-was named one of the top running backs in Suburban Chicago by the Chicago Tribune.

Bill went on to play football and baseball for Illinois Wesleyan University in Bloomington,

Illinois. He lettered all four years in both sports. His senior year, he was an All- Conference (CCIW) and all NAIA District 20 choice at running back and MVP in both football and baseball.

Bill was first introduced to fastpitch softball in the mid 1950’s when he and his dad would watch the Aurora Sealmasters play at S-A Field. The Sealmasters team sponsor was a bearing manufacturing company named Stephens-Adamson. Stephens-Adamson started sponsoring in 1943 when they entered their fledgling team into the Aurora Industrial League. As the team became more competitive, the sponsor decided to schedule games outside the League and eventually went independent. The Sealmasters were the pride of Aurora, winning four national and two world championships before ending their sponsorship after the 1969 season.

Though playing baseball in the Aurora leagues during high school and college summers, Bill continued to follow the Sealmaster’s success. In 1968 he played his first fastpitch game for Probst Standard in the Aurora City League, a successor to the aforementioned Industrial League.

In 1972, a local bank, Home Savings and Loan, picked-up Aurora’s major men’s fastpitch sponsorship and selected Bill as a member of the team. He played fourteen years with the Home Savings team. His numerous accomplishments include guiding the team to 13 ASA national tournaments where they finished runner-up 5 times and Bill was selected to the All-American team 4 times. In 1979, Bill represented the USA at the first Pan-American games held In Puerto Rico. In 1980, Home Savings won the ISC World Tournament where Bill was selected to the All-Tournament team. Also, Home Savings played against other national ranked teams at three USA Sports Festivals: 1978 (Colorado Springs, CO), 1981 (Syracuse, NY), 1985 (Baton Rouge, LA).

Bill didn’t let aging become a factor in his fastpitch career. From 1996- 2002 he played in 9 Masters tournaments. His team won two titles along with a second and third place finish, with Bill selected All-American four times in addition to earning two batting titles.

In 1998, Bill co-founded and is the current president of the Aurora Fastpitch Softball Association (AFSA). This is a non-profit umbrella organization for Aurora’s major men’s team, women’s traveling teams and recently established adult co-ed league played at the now owned Pierce Field.

Bill will be inducted into the ASA/USA National Softball Hall of Fame scheduled for October 2021 in Oklahoma City, OK.

Kevin grew up in Aurora in the 70’s and 80’s playing Aurora Baseball and building many friendships with players and coaches in those fun summer months. Kevin used to check the Beacon News for his teams box scores the next day and often remembered seeing the names of the Aurora Fastpitch softball greats… Brubaker, Sterkel, Pfeiffer and Williams to name a few. Aurora sports has always held a strong connection with Kevin and his family. He went on from Aurora Central Catholic HS to Columbia College where he majored in Television Directing. Kevin has built a 35-year career in Television, Documentary work and Corporate Communications. Kevin is very excited to tell this historical Aurora tale.

In 2008, Kevin started his most important work where he began to donate his talents to Honor Flight Chicago. He has documented over 60 flights that take WWII, Korean and Vietnam Veterans (over 8,000 Veterans) to Washington D.C. to see their War Memorials. This incredible experience has given Kevin a once-in-a-lifetime perspective on what this generation of War Heroes has sacrificed for our country. He also has interviewed over 50 Veterans as part of Honor Flight Chicago’s Operation Education project to get these amazing heroes’ stories into our schools to educate our students about Veterans. Kevin also works with former Channel 7 reporter, Paul Meincke, on Honor Flight Chicago Podcasts where we even more incredible Veterans stories to share.
www.honorflightchicago.org

Kevin resides in Wheaton, Illinois with his wife and two step-daughters.

Platinum: Over $1,000 (Your name or business will be thanked in the front of the documentary as a Platinum sponsor. You’ll also receive a business logo animation that you can put on your webpage and social media)

Gold: $1,000 (Your name or business will be thanked in the front of the documentary as a Gold sponsor. You’ll also receive a business logo animation that you can put on your webpage and social media)

Silver: $500 (Your name or business will be thanked in the credits of the documentary as a Silver sponsor. You’ll also receive a business logo animation that you can put on your webpage and social media)

Bronze: $100 (Your name or business will be thanked in the credits of the documentary as a Bronze sponsor.) 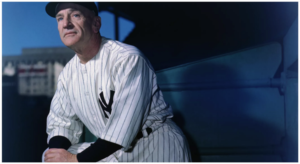 “Finding good players is easy.  Getting them to play as a team is another story”