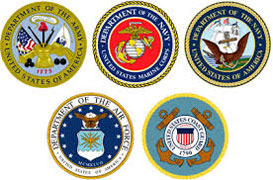 The Aurora Veterans Advisory Council Fund was created in 1998 to address the most pressing issues impacting local military personnel who have served our country in a branch of the United States military (Army, Navy, Air Force, Marines, Coast Guard).

The Council’s Mission Statement is as follows:

The Council aids in the planning, development and implementation of veterans-related special activities and programs in the City of Aurora.

The organization is comprised of fifteen members. To be eligible for membership, eight of the members must be in good standing in an active veteran’s organization in the Aurora community.

Five of the members, who are not active in a veteran’s organization but who have been honorably discharged from the military, comprise the next level of membership.

Finally, two seats are available to individuals who are immediate family members of a living or deceased veteran.

The City of Aurora has worked closely with a number of veteran organizations in Aurora.

Some of the results of these collaborations include the naming of the Veteran’s Memorial Bridge on Illinois Avenue, working with the Aurora Navy League in their efforts to have the U.S. Navy commission a ship named after the City of Aurora, and establishing a covenant with all military branches.

More information on the Aurora Veteran’s Advisory Council is available on their website or on their Facebook page.