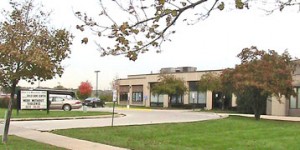 In 2010, the YWCA sold its building to the City of Aurora. The facility was subsequently torn down.

Lydia Jones (1911-1986) was a longtime supporter of the YWCA, serving on the organization’s board of directors for thirty-nine years and also as its president.

Malcolm Jones (1904-1998) was a trustee of the YWCA for many years and was instrumental in the successful fundraising campaign for the new YWCA facility which opened in 1984.