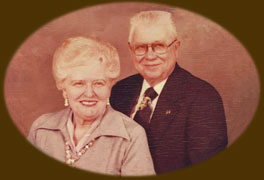 The family and friends of Joseph J. Oberweis (1911-1984) established this fund at the time of his death to provide income for the Community Foundation’s discretionary grantmaking program and for the administrative needs of the Foundation.

Mr. Oberweis was chairman of Oberweis Dairy Inc. of Aurora and served on the board of directors of Valley National Bank.

He was active in the Aurora Noon Lions Club, the Knights of Columbus and the Loyal Order of the Moose.

His wife Lora J. Oberweis (1909-2005) had served as the vice-president of Oberweis Dairy, managing credit accounts.

Mrs. Oberweis also was a first grade teacher and later the principal of Dieterich School in Aurora, where she met her future husband who was the school’s milkman.