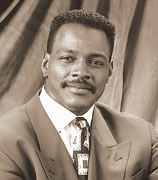 In 1996, Aurora’s historic 1855 Roundhouse (the nation’s oldest existing limestone Roundhouse which was used to house and repair locomotives) was transformed into the Walter Payton Roundhouse Complex.

The inner courtyard is paved with personalized “gift bricks” purchased by individuals and businesses.

One-half of the proceeds from the sale of the bricks was donated to the Community Foundation to establish this unrestricted charitable fund in the name of Walter Payton.