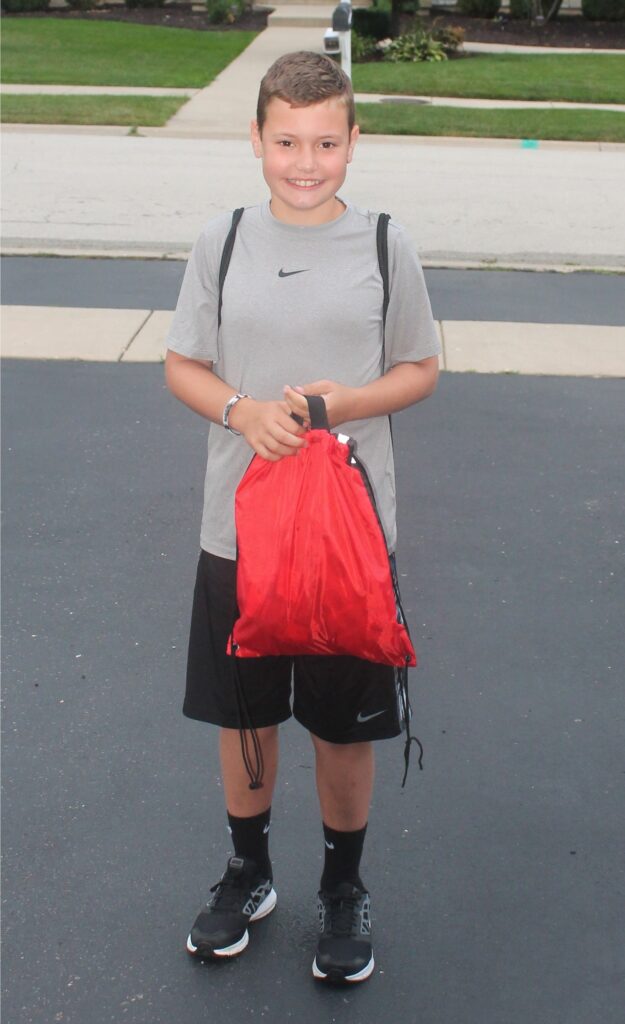 Cameron on his first day of 7th grade

The Cameron Pepera Memorial Foundation was created by Kevin, Judy, and Paige Pepera of Saint Charles, IL, in loving memory of their beloved son and brother, Cameron (August 2002-September 2015). The Pepera Family’s vision is to keep the memory of Cameron alive in the community and to help students in the area who may need additional support to have a fulfilling future after high school. They hope to provide resources to students like Cameron to allow them the opportunity to attend universities, vocational schools, community colleges, or to enter the workforce like their mainstream counterparts. They are also committed to the need for the medical community to be forthcoming about all the risks associated with epilepsy. For example, Cameron’s Foundation will support the ongoing efforts of the Epilepsy Foundation of Greater Chicago, the Danny Did Foundation, and PAME (Partners Against Mortality in Epilepsy) in Cameron’s memory.

Cameron Kevin Pepera was a 7th grader at Thompson Middle School in the St. Charles school district. He was a beloved son, brother, grandson, nephew, cousin, and friend. He was a first degree Black Belt at LaFox Martial Arts, and his Black Belt phrase was “Commit; Train; Believe; Achieve.” He was a member of the Thompson Cross Country team. He liked hanging out with his sister, Paige. He was her biggest fan at all of her gymnastics meets. Paige, in turn, was Cameron’s greatest advocate. She always watched out for her brother even though she was two and a half years younger. They were truly the best of friends. Cameron’s favorite college football team was The Ohio State Buckeyes, and witnessing the run to the 2014 National Championship together will be a memory forever cherished by his dad. Cameron was also an avid professional sports fan who frequently checked his phone for the latest scores and highlights. A favorite family memory was surprising Cameron with Cubs tickets on the morning of his 13th birthday, August 22, 2015, for the game later that afternoon at Wrigley Field. 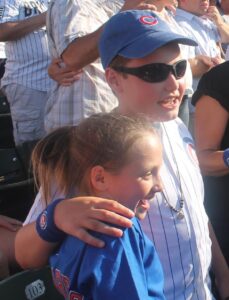 Cameron with Paige on his 13th birthday 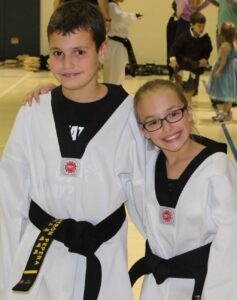 Cameron and Paige earned Black Belts in Tae Kwon Do 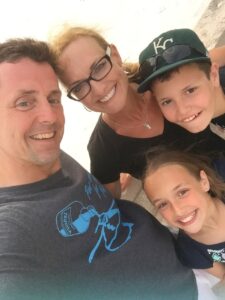 The Peperas on vacation in Florida

Cameron suffered a stroke when he was born on Aug. 22, 2002, at Prentice Women’s Hospital. He was transported one day later to Children’s Hospital in Lincoln Park where he spent his first eight days in the NICU. He was on medication to control seizures until he was about five years old. He was weaned off of medication and was seizure-free until he was almost nine years old. Unfortunately, he suffered two gran mal seizures on June 11, 2011. For the next four years, he dealt with EEG’s, CT scans, MRI’s, hospital stays, numerous doctor visits, and different medications. He was a trooper and never complained about taking medicine. Unfortunately, no combination of medication was completely controlling his seizures so his family sought a second opinion at the Cleveland Clinic.

In June 2015, Cameron was an inpatient for one week in the Pediatric Epilepsy Monitoring Unit at the Cleveland Clinic. It was determined he was not a candidate for brain surgery to control his seizures. He started yet another type of medication that month. In August 2015, Cameron started 7th grade at Thompson Middle School and joined the Cross Country Team. School was never easy for Cameron academically nor socially based on his medical history. Even though he only experienced 10 days of 7th grade, it was obvious he was having one of his best years. He really liked his classes, his teachers, and his teammates.

On September 1, 2015, Cameron suffered a gran mal seizure after he completed a home Cross Country meet. On September 2nd, Cameron died from epilepsy. SUDEP, Sudden Unexpected Death in Epilepsy, is a phrase his family first heard from a cardiologist after Cameron was transported by helicopter to Lurie Children’s Hospital late at night on September 1st . His death was a tragedy. His family was never advised by neurologists about the mortality risk in epilepsy over the course of being treated for a seizure disorder off and on for 13 years. Instead, doctors only discussed the risks associated with falls and drowning during a seizure and to call 911 after five minutes. As a result, The Cameron Pepera Memorial Foundation is committed to advocate for disclosure and guidelines for managing the risk of epilepsy mortality.

The Pepera Family is humbled by and grateful for the ongoing support from their family, friends, neighbors, and the community. They appreciate the red ribbons displayed on mailboxes in memory of Cameron. They will forever miss Cameron’s big smile, his sports knowledge, his dry sense of humor, and his love for The Ohio State Buckeyes.

Please consider making a donation in memory of Cameron to help students like Cameron who did not have a clear plan after high school and to advocate for those who are at risk of epilepsy mortality. 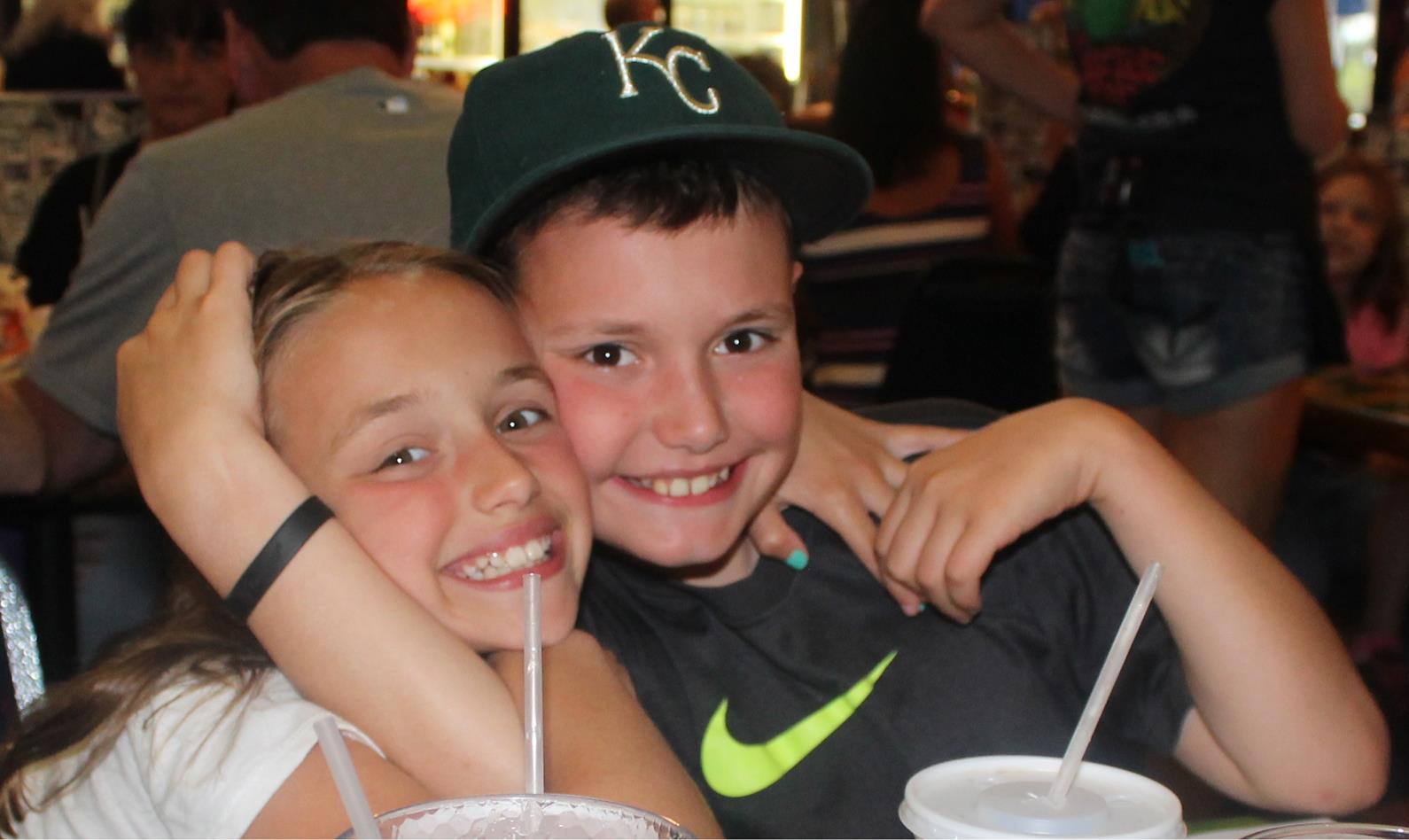