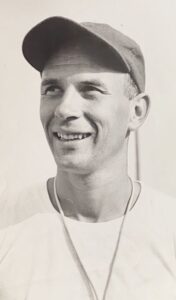 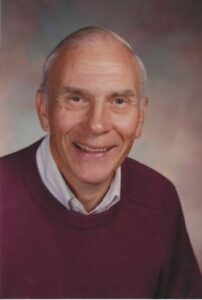 This fund was created in memory of Robert ‘’Bob’’ Schick (1930-2020), a former high school and college athlete who became a long-serving and influential teacher, coach, and administrator, not to mention mentor and second father figure to innumerable high school students. The fund was endowed in 2021.

The scholarship is awarded to students graduating from Geneva High School who participated in athletics at Geneva, are actively involved in their church’s youth activities/mission/outreach, and who plan to attend an accredited post-secondary institution within the United States of America on a full-time basis.

In 1953, Bob was hired as a math and science teacher at Geneva Middle School before eventually transitioning to Geneva High School. During his career at the high school, Bob held many leadership positions including Head Football Coach (1957-1963), Department Head for Physical Education (1965-1974), Athletic Director (1965-1980), and Boys Varsity Basketball Coach (1969-1980). His favorite role, however, was as assistant coach to Mel Johnson when the 1962-63 Geneva Boys Basketball team made it downstate. His pride of that team and their accomplishment was something he would carry with him for the rest of his life. Fittingly, in 2004, Bob was inducted into the Geneva High School Athletic Hall of Fame.

Bob and Joyce, his wife of 65 years, raised their five children in Geneva. They were pillars of their community, charter members of Faith Lutheran Church in Geneva, and later active members of Lord of Life Lutheran Church (LaFox) and Immanuel Lutheran Church (Batavia). During his time at the high school, Bob also led the local chapter of the Fellowship of Christian Athletes (FCA) and led several student-athlete caravans to the annual FCA conference in Fort Collins, Colorado.

After teaching in the Geneva school system for more than 33 years, he served as Assistant Principal and coach at Valley Lutheran High School (St. Charles, Elgin, and Roselle), and during retirement was the Assistant Women’s basketball coach at Aurora University and later held the same position at Benedictine University in Lisle. Bob’s retirement also included plenty of golf, fitness, medaling in several Senior Olympic events held across the country, reading, doting on his nine grandchildren, and trips with his family to Long Lake in Phelps, Wisconsin.

The creation of the fund is intended to honor and extend the legacy of Bob Schick through students who intend to follow a similar path of dedicating FAITH, COMMITMENT, INTEGRITY, HARD WORK, and LOVE to their respective goals.