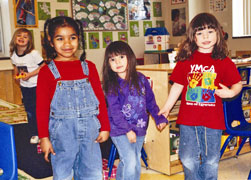 The Aurora Family YMCA, established in 1869, was the second oldest YMCA in the State of Illinois.

The organization is now a part of the YMCA of Metropolitan Chicago.

The first meeting of the Aurora YMCA was held on South Broadway in downtown Aurora (later the Sencenbaugh building) at the office of David Iliff, Justice of the Peace.

Within a few months, plans were made to construct a facility on the island in downtown Aurora. The building opened in 1871 and was located on the north side of Fox Street on a lot donated by Joseph G. Stolp.

In 1908, a new YMCA was constructed at the southeast corner of Fox (now East Downer Place) and LaSalle Streets.

In 1958, the organization relocated to a new facility at the corner of Garfield Avenue and View Street.  This facility no longer serves the community as a YMCA.

The organization remains committed to its promise to serve all children and families without regard to financial ability.

Additional information on the YMCA may be obtained by contacting the YMCA of Metropolitan Chicago.