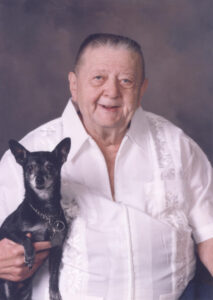 This fund, created upon receipt of a bequest from the estate of William W. Boden, provides support to the Fox Valley Animal Welfare League of Aurora.

William Boden (1930-2001) was born in Wheaton, Illinois.  In his early years, he lived in Florida and later moved to Aurora where he resided for forty-five years.

Mr. Boden worked in the home building industry until 1974.  He then opened The Gun Lodge in Aurora, which he owned and operated until his retirement in the mid-1980’s.

Mr. Boden was devoted to the welfare of animals and has provided for their care through his thoughtful bequest to the Foundation.