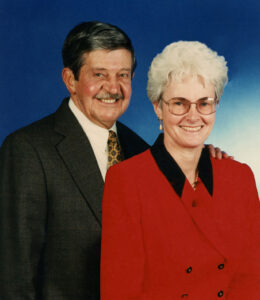 This fund was created by the family and friends of Robert H. Goehlen to honor his lifetime of service to the community.

Mr. Goehlen (1929-1998) administered several offices for IBM prior to his retirement and he was awarded the Chicago North 1980 Office of the Year Award.

He attended the University of Wisconsin and served in the United States Army.

Mr. Goehlen was a founding member of the Bank of Montgomery and chairman of the board for many years.

Jean Goehlen was born in Aurora, but grew up in the first brick house in Kane County (Sugar Grove).

She then taught school in the primary grades for a number of years in Aurora, Ohio and Indiana. While in Indiana, she organized and directed a Meals on Wheels program.

This fund, created in 1998, was established as an endowment in 2001. It is a field-of-interest fund devoted to the needs of children.