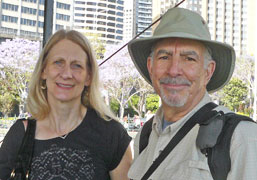 The Goldsmith family has lived in Aurora for more than 100 years.

Zalmon Goldsmith, a long-time Aurora attorney, and Anne Goldsmith, his wife, were involved in numerous community activities throughout their lives.

Mr. Goldsmith served as a member and chairman of the board of Mercy Hospital and of the Heartland Blood Centers.  He was also on the board of Sunnymere.

Mrs. Goldsmith was one of the founders of the Paramount Arts Centre Endowment and also served on the boards of the United Way and the Community Foundation of the Fox River Valley, among others.

Mr. and Mrs. Goldsmith’s son Bruce has practiced law in Aurora for more than thirty years.  Bruce’s wife Margot, a freelance editor, has served on the Aurora Public Library Board of Directors.