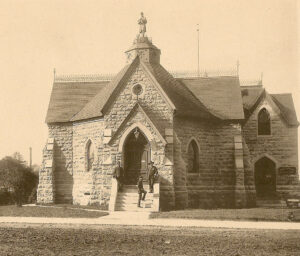 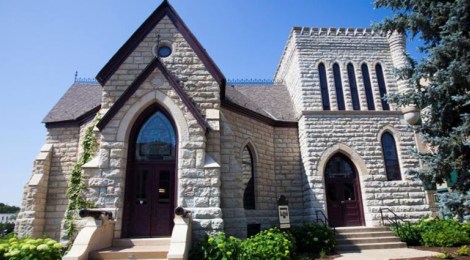 The City of Aurora’s historic G.A.R. Memorial Museum honors those men and women who have served in the armed forces of the United States. The Grand Army of the Republic was a Civil War Veteran organization which pushed for voting rights for African-American veterans, a veteran pension system, and founded Memorial Day. Post No. 20, the local Aurora group, was founded in 1875 and raised the funds to build Memorial Hall by 1877. For several years, the Hall operated as the first public library in Aurora, containing over 5,500 volumes. After the Carnegie Library was built, G.A.R. Post No. 20 was granted a life-long lease on the building. After the death of the last Civil War veteran from Aurora, Daniel Augustus Wedge, the hall was transformed into a museum. In 1999, the building fell into severe disrepair and required extensive restoration, over $3.5 million worth, which was raised through grant opportunities and donations from the public. Today, the G.A.R. Memorial Museum continues to preserve the military history of Aurora and tell the story of the men and women who fought for America. In 2017, the G.A.R. Memorial Museum was awarded the “Small Institution of the Year” award by the Illinois Association of Museums, recognizing the immense work done to restore the historic structure, and is listed on the National Register of Historic Places.

Donations made to the G.A.R. Memorial Museum will be used in offsetting the cost of exhibits, restore one of a kind artifacts, and to further preserve the over 3,500 artifacts and manuscripts in the collection.