New England Congregational Church was organized in 1858.  Church services first were held in a small room above a grocery store on the west side of River Street between Downer Place and Galena Boulevard.

The following year a frame building was constructed on Locust Street between Downer Place and Galena Boulevard.  In 1889, this building was sold to Advent Christian Church and later to Holy Angels Church.

In 1890, the current facility on Galena Boulevard and Chestnut Street was completed at a cost of $25,000. Through the years, several major renovations and an addition to the original structure were made.

In 1990, one hundred years after the original building was constructed, the congregation established an endowment fund within the Foundation to support the capital needs of the church.

The Capital Account was funded with the proceeds in the original fund and continues to support the capital needs of the church.

All undesignated gifts received for the benefit of New England Congregational Church are placed in the Administrative Endowment Fund. 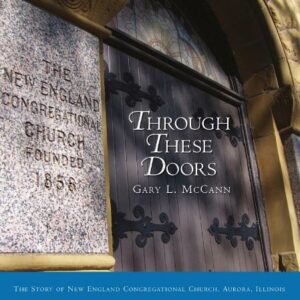