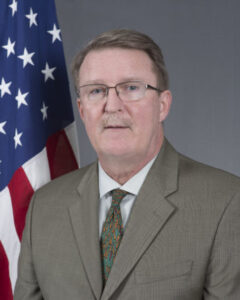 U.S. Ambassador to the Republic of Niger, Eric P. Whitaker

This scholarship is funded by Eric P. Whitaker, who received support from the then-Aurora Foundation in 1974 to attend the University of Illinois at Champaign-Urbana.  He seeks to support others from the small village of North Aurora who graduate from West Aurora High School to develop themselves as citizens and professionals through full-time higher education obtained at a four-year institution within the State of Illinois.  The fund would provide $2,000 per year for two years of schooling in good standing.

After graduating from the University of Illinois with a Bachelor of Science degree in general biology and an MS in community health education, Eric served as a Peace Corps Volunteer in the Philippines, working in community health.  After receiving an MPA from the University of Pittsburgh, he served as Assistant to the City Manager in Lodi, California for six years before joining the Department of State to serve as a Foreign Service Officer.

Having served in four regions (Africa, Asia, Europe, and the Middle East), Eric now is a career member of the Senior Foreign Service and was acting Deputy Secretary of State for African Affairs at the Department of State in Washington, DC.  The Deputy Secretary of State for the United States administered the oath of office in a December 15, 2017 ceremony at the Department to serve as United States Ambassador to the Republic of Niger.  Ambassador Whitaker speaks six languages, earned an MPP degree at the Wilson School at Princeton University, and has earned thirteen superior and meritorious honor awards from the Department of State, as well as the Department of Defense’s Meritorious Civilian Honor Award.

The purpose of this scholarship fund is to support those students – one boy and one girl each year – from North Aurora who seek to attend one of Illinois’ fine public universities.  Recognizing that higher education costs are very high, even for in-state students attending public universities, the fund aims to reduce barriers to college entry and graduation while lessening future debt burdens.