The following obituary was originally published by Suerth Funeral Home. 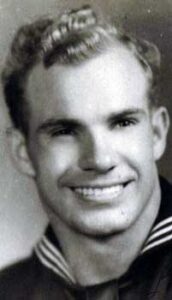 John was a veteran of World War II, having served in the U. S. Navy Air Corps from 1942 to 1944 and the Navy amphibious fleet from 1944 to 1945. John earned an B.A. from De Paul University in 1953, an M.A. from De Paul in 1962, and his Doctor of Education from the University of Sarasota in 1977. John enjoyed a nearly 50 year career in education, as a teacher and administrator, retiring for the final time at 80 years old.

John married Mary Barbara Seyffer on August 7, 1950. They had four children together, and they enjoyed 35 years of happiness until her death on October 1, 1985.

He was preceded in death by his parents, his wife, Mary, his sister Athanasia, and his brother, Clifford.

John G. Jaros’ son, John, is a long-time supporter of the Community Foundation and the executive director of the Aurora Historical Society. The Historical Society established a fund in John R.’s honor. Please visit the fund page for more information.